GDC is right around the corner and I have updated my website and put together a reel.

Hello again!
Everyone lets get animated! I am now in the middle of class 4 at animation mentor and I am still loving every minute of my experience with the school. Great mentors, great classmates. I have not up until now posted any of my animation mentor work on my blog. I would like to share with all of you some of the things I have been up to. Just recently I polished up my class 3 work into an anim jam. My mentor for class 3 was Disney/Bluth alumni Mark Pudliener. It was a great experience to work with Mark and I learned a lot while I was in his class. I sent a link of the latest version of my anim jam to show him the progress I have made, and Mark was nice enough to feature my work on his blog. I am very humble and thankful for such a kind gesture! Thanks Mark! I also should note that a lot of the progress I have made so far as an animator has been in part due to my friends over at Firaxis. You will find their names, and the name of several other awesome people that helped me out in the special thanks. Thanks guys for all the help and feedback!
Please visit Marks blog!
http://markpudleiner.blogspot.com/

It is a new year, and let me celebrate my newest post with a little dinner.
Dinner For One to be precise.
I was watching an episode of QI today and was introduced to this wonderful little bit. According to Stephen Fry (and QI) this sketch is the most repeated television broadcast of all time. My American sensibilities find that hard to believe. Every year since I can remember, Marry Christmas Charlie Brown, and How The Grinch Stole Christmas have been broadcast on American television.
Im sure few Americans have ever heard of Dinner For One, but if you are from Germany this might be a different story. The sketch is broadcast on every German television channel on December 31st, and it has been since 1972. Like David Hasselhoff, this British sketch from the 1920's is truly a German cult phenomenon. I couldn't imagine every television station broadcasting the same television show at the same time on the same day every year. I find that aspect of the tradition a bit creepy.
There are a few things that really appeal to me as an animator. The sketch involves a lot of repetition. To a point where some of the actions become a bit stale. Especially when the butler trips over the head of the tiger skin rug. But that repetition forces the actor playing the butler to vary his acting choices in order to keep the actions fresh and interesting.
Another thing I find really intriguing about the piece are the choices that the butler makes when he embodies each of the dinner guests, and how they change as he becomes increasingly more intoxicated through the scene. The different gestures and mannerisms are fun and interesting to watch.
I have uploaded the sketch in full. Enjoy!
Posted by Stevo at 1:46 PM No comments:

Okay. So remember way back when I first posted a concept that looked something like this? 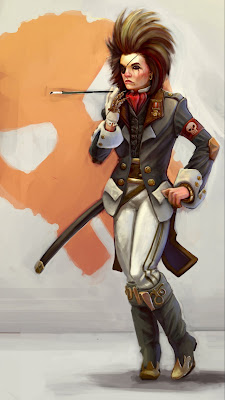 Well its been a while, but I have not completely given up on it. As I mentioned previously, I made the concept for an in office character competition. Everyone was tasked with modeling and texturing a dictators bust.

Unfortunately the deadline for that has come and gone, but I decided that I am not going to simply give up. I have put a lot of work into this project so far and I feel that it deserves to be completed. Recently I have had a lot of things on my plate. For the past few months Animation Mentor has occupied most of my attention after work. Since the completion of class 1 I have had a week to myself. It has been a productive week and I am now happy to share some of my progress. 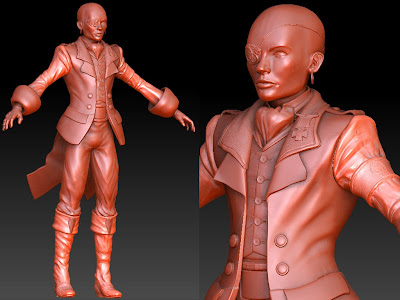 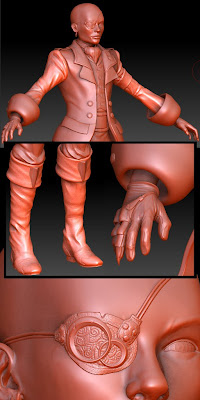 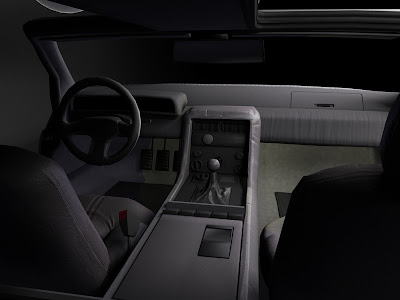 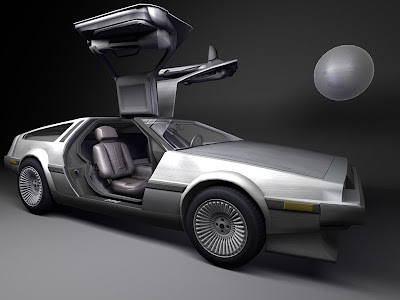 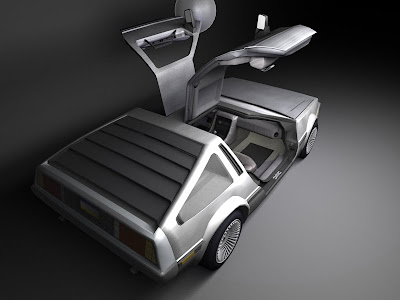 Second pass.... well, not really. I am making a concerted effort to learn more about lighting in Max. Fortunately I found out that the materials that I originally created worked pretty well (But they could be a lot better. :D) Who knew what a little lighting could do to help out a render? Go back and look at the older delorean post and see for yourself how much it improved. Well its really early and it is time to pass out!
Posted by Stevo at 1:09 AM 3 comments: 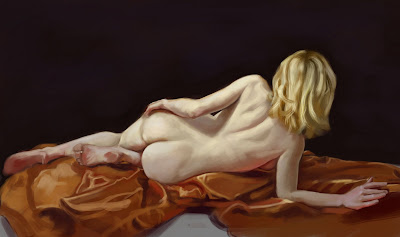 Moldy oldies are fun. I made this a few months back and it has been sitting around on my hard drive. Not a bad attempt, but it still needs some work. It isn't finished, so don't be too hard on it haha.
Posted by Stevo at 9:36 PM 1 comment: 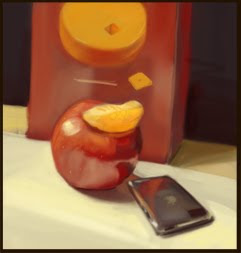 Stevo
I'm an artist currently working in the field of video games. I love animation and everything to do with it. You could probably call me an animation geek or a wanna be studio file. Some of my happiest moments in recent times have been listening to several podcasts that feature interviews with current and past animators. Shout out to Clay Kaytis, and The Spline Doctors! 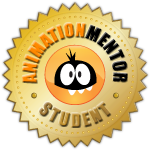